Today is International Women's Day, and we want to celebrate how women play a role in every part of the beer making process!

Meet Janet Karee Matura, a Kenyan farmer who sells her sorghum to breweries, which has let her build a new home. Women like her are at the forefront of making the craft beer industry more accessible and sustainable around the world!

Check out this video about how women like Janet are making a difference, and then read on to learn more about sorghum:

Sorghum around the world

Sorghum is a good source of dietary fiber and phenolic compounds and is an important food staple for people in many parts of the world. It is a true ancient grain and is known to have been collected 8,000 years ago in Nabta Playa in southern Egypt. Sorghum was domesticated in Ethiopia and Sudan and from there cultivation spread throughout Africa, where it remains an important cereal grain. Sorghum likely traveled to India during the 1st millennium B.C. as food on ships and then continued to be disbursed along the silk trade routes.

If you ask a hundred people if they have ever eaten sorghum, chances are they’ll have no idea what you’re talking about. However, sorghum (Sorghum bicolor (L.) Moench) is the fifth most widely grown cereal crop in the world, following wheat, corn, rice, and barley. Due to its natural drought tolerance and versatility, sorghum is an important food staple for people in semiarid parts of the world with an uncertain food supply. Nigeria, Sudan, Ethiopia, and Burkina Faso account for nearly 70% of the sorghum grown in Africa. Throughout Africa, sorghum porridge or gruel is commonly consumed in almost every country, as well as flat breads such as Ethiopian injera, which is made from sorghum, teff, or a combination of both. Sorghum also is used to make both alcoholic and nonalcoholic beverages. Most of these products incorporate fermented or sprouted sorghum, because these two processes make sorghum’s nutrients more available and increase their shelf life and food safety. 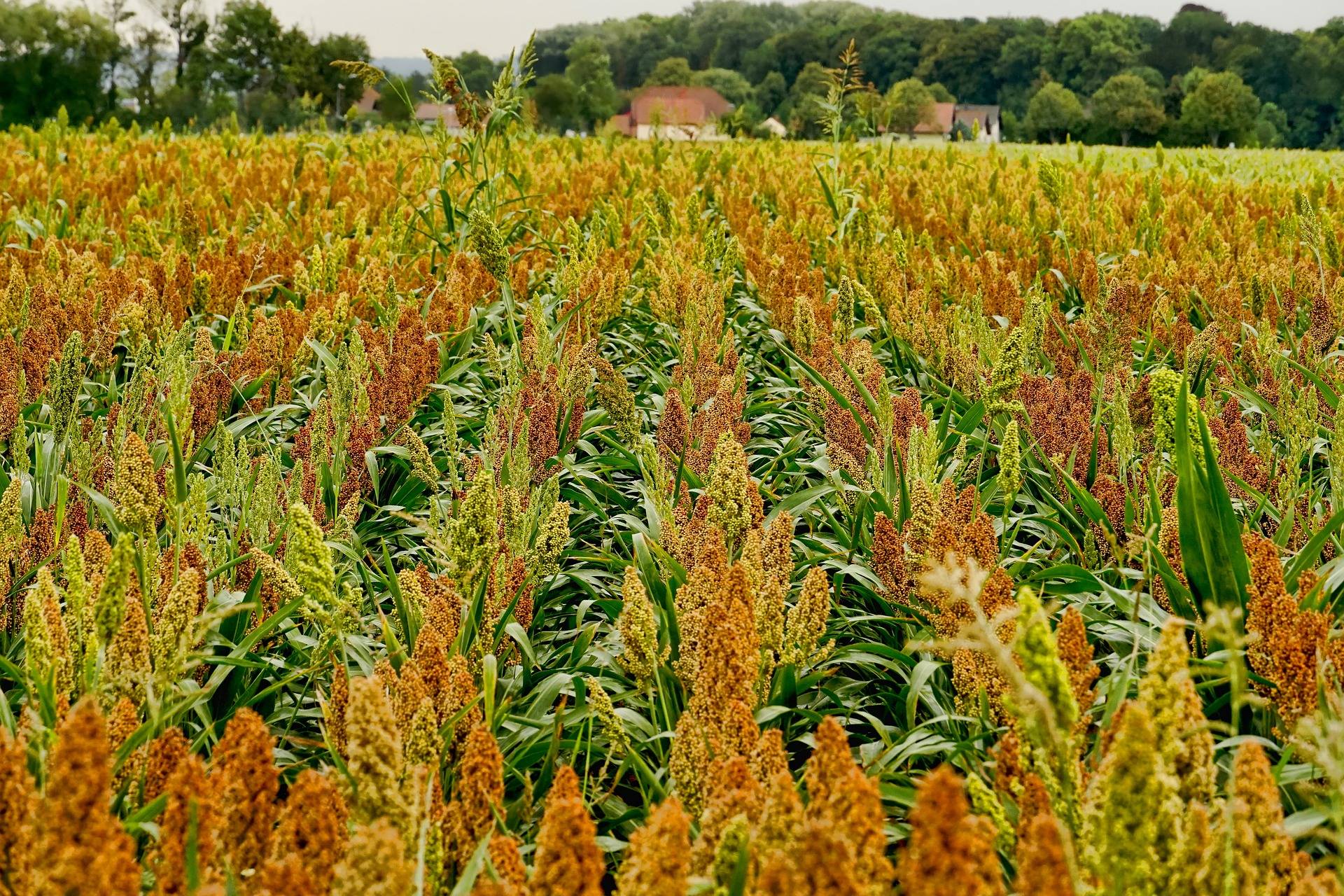 Sorghum is naturally gluten-free and may be used as an alternative ingredient in food products that traditionally contain gluten. Celiac disease is a disorder caused by an abnormal immune response to gluten proteins found in wheat, rye, barley, and possibly oats. Gluten triggers inflammatory reactions in people with celiac disease or gluten sensitivity that can cause abdominal pain and digestive issues and can eventually lead to joint pain and intestinal damage. The only treatment for individuals with celiac disease is to avoid all foods containing gluten. The FDA allows a product to be labeled as gluten-free if it contains <20 ppm gluten. According to the latest research, ingesting 50 mg of gluten/day causes intestinal damage in people with celiac disease. This means that at least 5 lb of gluten-free foods containing <20 ppm gluten must be consumed per day for damage to occur. 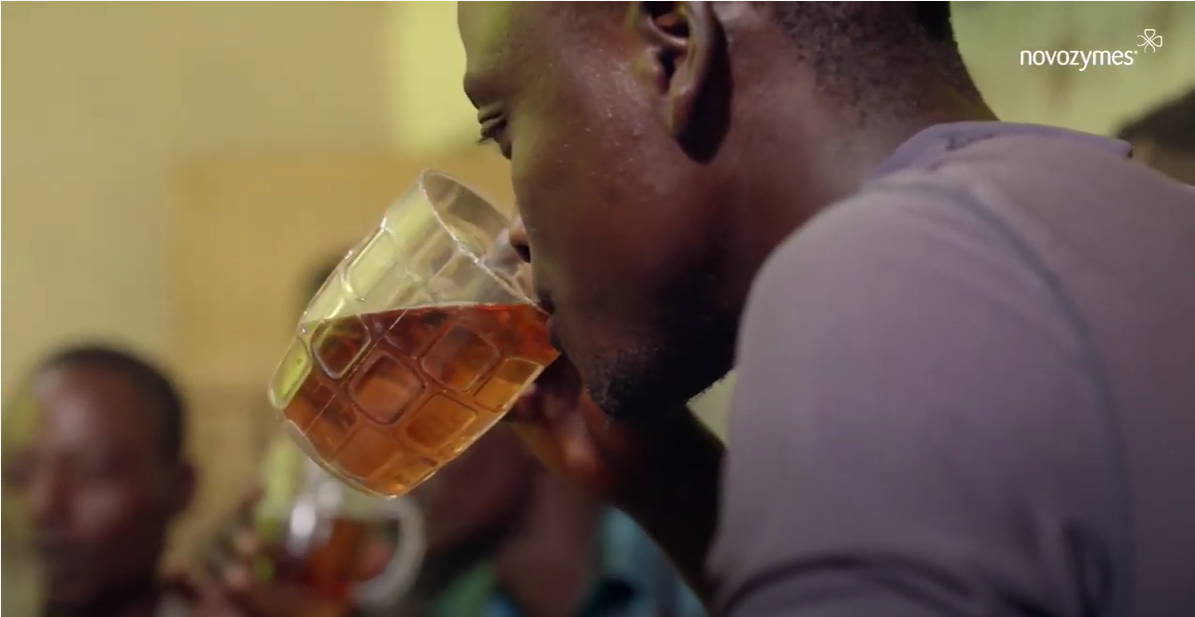 Some African governments (i.e., Nigeria) have restricted the importation of barley and barley malt so new technologies have been developed to produce European type beers (Clear Beer) for sorghum malt, sorghum grits, and additional saccharifying enzymes. The gelatinized adjuncts are solubilized by sorghum malt and enzymes during mashing. After filtration, the wort is fermented with yeast (Saccharomyces cerevisiae) to yield green beer which is aged, carbonated, filtered, and bottled. The alcohol content (3.9%), pH (4.6), color, and foam stability of sorghum clear beer is reported to be similar to barley lager beer. The beverage has a unique acceptable taste but it is certainly not similar to European beer. Its future is directly related to governmental importation policies.

The opaque sorghum beer industry in Southern Africa is of major significance as an industrial user of sorghum. Tribal brewing evolved into commercial production of opaque beer. Different types of opaque beer are produced (i.e., Reef, iJuba, Kimberly). Some commercial large-scale operations produce dry sorghum beer powder, which can be used to produce beer by dissolving the powder in water to initiate fermentation.

In contrast with European brewing, in sour, opaque African beer there are two mashing and two fermentation steps, which are not completely separated. A mixture of sorghum malt and water is soured by lactic acid fermentation, which decreases the pH. The second mashing step starts when sorghum malt is added to convert the cooked adjunct (usually maize grits) into fermentable carbohydrates. Control of the mash pH is critically important because it affects viscosity, sugar concentration, and yield of alcohol. The wort is obtained after a differential centrifugation in which the very coarse cereal particles (i.e., pericarp, plumules) are separated. In contrast to European brewing, the wort is not pasteurized and hops are not utilized. The wort is inoculated with bakers yeast to undergo alcoholic fermentation.

Opaque sour beer contains 2-4% alcohol, 0.3-0.6% lactic acid and 10% solids with an acidic pH (3.3-3.5). It is consumed while undergoing active fermentation. The beer is opaque with a pale buff to pinkish-brown color. Opaque beer is more viscous than barley beer and is generally served warm. Throughout storage, beer after-souring can occur due to residual enzyme activity, which promotes growth of mesophilic heterformative organisms that produce acetic acid. Opaque sorghum beer is a good source of vitamins, minerals, proteins, and carbohydrates that are solubilized during malting and brewing. Generally, sorghums with bright red pericarp without a pigmented testa with an intermediate endosperm are preferred for malting.

Are you a gluten-free beer producer? Take an enzyme recommendation quiz to learn which enzymes can help you improve your brewing process!