Should your next beer be 100% Quinoa based?

“By doing something differently, you discover something new!”, says Lars Eghøj from Nordic Quinoa. Lars began a new entrepreneurial journey three years ago. In collaboration with a group of 20 farmers, he decided to start producing quinoa products with the aim of developing a high-quality gluten-free beverage. A couple of years later, his business is producing a beer known for its distinct taste and innovative brewing process.

Since there are no natural enzymes in quinoa, Brewing with Enzymes helps Nordic Quinoa find the essential enzymes for brewing this 100% quinoa-based beer. We had the opportunity to talk to co-founder Lars about how he is producing beers based on local organic quinoa free from saponins. 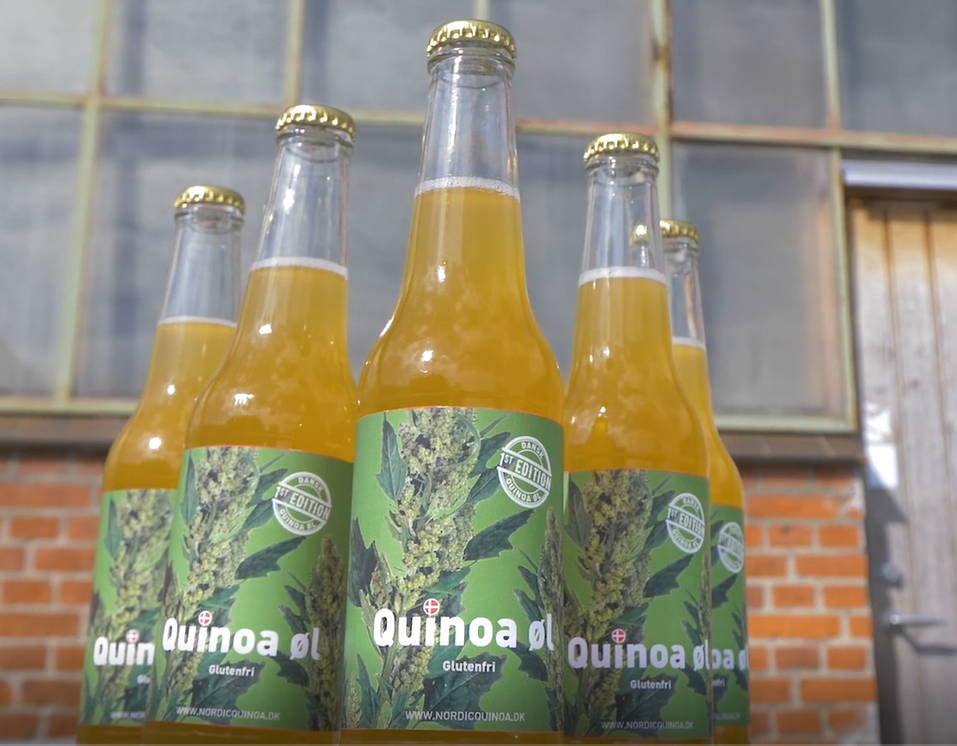 Interviewer: Could you give a short introduction about yourself and what you do?

Lars: Definitely. My name is Lars, and I’ve been working with quinoa produced in Denmark. I'm cooperating with a group of 20 farmers who decided 3 years ago to produce quinoa, which used to be grown exclusively in South America. Now it’s cultivated in Denmark with high quality, which I use to produce organic, gluten-free, good-tasting beers. Furthermore, I’m educated at the agricultural university in Copenhagen.

Since starting, I found a local brewery in Næstved, south of Copenhagen, where I have a good fellow brewer, who is able to move the quinoa beer. He has been developing the right taste of the beer for a year, which succeeded after perhaps 15 test brews. You have change it all the time in order to hit the right flavor, the right taste of the brew! It’s not like colors because the taste has more than one dimension, so people will taste the same thing but taste things differently. Our Q-Beer from Nordic Quinoa tastes like a Weissbier but without the bitterness of a normal beer.

Interviewer: Regarding enzymes, how much did you know about it before you started this project?

Lars: I knew very little about enzymes related to producing beer beforehand. When I took over the company, a former professor from the University in Odense, who participated in developing the quinoa beer, introduced me to the enzymes made by Brewing with Enzymes. In the process of digesting the starch, we use enzymes in its stead, thereby forming the alcohol.

What I have learned during this process is that quinoa is a tricky partner. You should be aware of the natural protection in the seed called saponins. The saponin is a very dirty player because it can result in a bad taste and additionally interfere with the process with the yeast and the enzyme. In order to avoid this, we used to wash it in cold water several times or polish the seeds. However, this process is very ineffective, which is why I recommend to other brewers to learn about saponin-free organic quinoa seeds. They can help you increase your production of good-tasting quinoa beers. 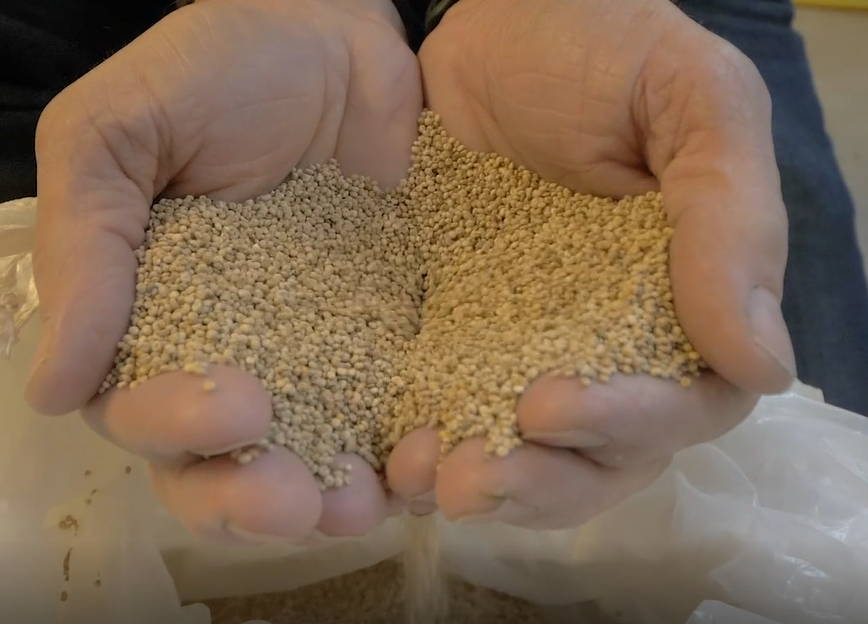 Interviewer: From your experience, which factors in relation to the demand of beers do you believe are increasing from a Danish perspective? What is the consumer trend-bend?

What would you recommend to US-brewers?

Lars: From what we see in Denmark, the beer market is constantly increasing with several types of special beers. You must be able to tell a story, such as about local production or a local brewery. That makes the difference in order to sell.

When you have been working with your product for quite some time, you can suddenly find yourself blind to the opportunities on how to sell it. But you need to remember the demand of an organic, gluten-free beer. Those notions are worth mentioning. That’s what sells. I have been learning so much as an entrepreneur working with quinoa for the past two years. I would encourage you to keep going, stay focused and get involved with people to expand your network within the knowledge of brewing. In that way you get the opportunity to learn new information but also new ways of thinking because that’s what you need to get ahead, to get going. That’s the most important thing I have learned so far.

“By doing something differently, you discover something new!”

Want to use more adjuncts in your next brew without sacrificing the level of extract yield? Get started with our enzyme Ondea Pro!
Learn about Ondea

Looking to read more about brewing with quinoa? Check out our blog post "Making 100% Quinoa-based beer with Ondea Pro"